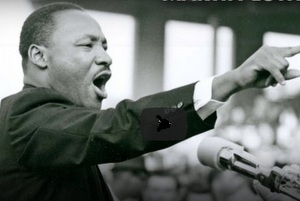 As we live during this time of divisiveness in our nation, I invite you to engage with a March on Washington that took place many years ago. On August 28, 1963, about 250,000 people took part in what was called the March on Washington for Jobs and Freedom. This is the day, and gathering, that is famous for what has become known as the “I have a dream” speech of the Rev. Dr. Martin Luther King, Jr. You may not realize that the famous inspiring words of “I have a dream” were not a part of the written prepared speech. It was a moment when Dr. King went off script and offered perhaps one of the most inspiring moments of many in that speech. As we celebrate the transformative life and inspiration of Dr. King this weekend, I really encourage you to find some time to listen to the entire speech. In contrast to what we witnessed a week ago in our nation’s capital, this march was about the enhancement of democracy and voting rights. Less than a year later, the Civil Rights Act of 1964 was signed into law by President Lyndon Johnson.

At the beginning of our 3-week stewardship series, Fr. Javier explores the meani
Ever wonder why the story of the man who walked away is in the Gospel? A reflect
Fr. Javier deals with Jesus’ words in Mark 10:2-16:  “We were not cr
Giving up parts of ourselves that feel integral to the way we operate.
Like his disciples Jesus continues to love us even when we don’t quite get it.
Site Map
Copyright © St. Paul's Episcopal Church, Cary, NC