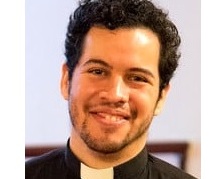 This week in the Hope for the Journey series, Fr. Javier reflects on anger, grief, and hope. You can view the complete series here and join the discussion on Facebook.

“Sir, if you are as powerful as I feel that you are, and as inclined toward us as you seem to be, endeavor to do something for us, so that we might do something for ourselves. We are ready, sir; are angry, are capable, our hopes are coiled up so tight as to be deadly, or holy: turn us loose, sir, let us at it, let us show what we can do.”
— Excerpt from George Saunders’ Lincoln in the Bardo (2017)

Albert Woodfox has good reason to be angry. While in prison, he was wrongfully accused of murdering a correctional officer. Convicted of a crime he didn’t commit, the activist and author of Solitary—a 2019 National Book Award Finalist—spent almost 44 years in solitary confinement: longer than any single individual has in the history of the United States.

He was recently asked about his feelings toward the people that locked him up. In response, he made a noteworthy distinction: “There’s a lot of anger there. But not bitterness. Anger is one of the motivating factors in what I’m doing now, continuing to be a social advocate… But I never allowed myself to become bitter.”

Anger is not an emotion that we know how to deal with well. Most of us are well-aware of its harmful effects. We recognize anger as the kindling for violence; we’re well-acquainted with its proximity to abuse, resentment, and bitterness.

But anger, in and of itself, is a natural response to injustice and pain. One could even go so far as to say that it is a reasonable response, for it bears an interesting relationship with another emotion—grief.

Back in the 1980s, the leaders of the Black Caucus of the Industrial Areas Foundation (IAF) put the matter eloquently:

Anger and grief are rooted in our most passionate memories and dreams—a father whose spirit has been tried by demeaning work or no work, a brother or sister lost to violence or alcohol or drugs, a church vandalised by an arsonist, a college career sabotaged by an under-funded and increasingly poor education system, a neighbourhood of shops and families and affections and relationships ripped apart because banks won’t lend to it, because insurance companies wouldn’t insure it, because government wouldn’t service it, because youth wouldn’t respect it, or because teachers wouldn’t teach in it. Anger sits precariously between two dangerous extremes. One extreme is hatred, the breeding ground of violence. The other extreme is passivity and apathy, the breeding ground of despair and living death. (“Tent of the Presence,” 1981).

Every time I read that passage, I’m struck by how anger, here, becomes the means for authentic empathy—a chance to grieve with those who grieve; an opportunity to make common cause with those who hurt. It helps me understand Woodfox’s relationship to his own anger. A survivor of unimaginable injustice, his righteous indignation keeps him going: it strengthens his resolve to fight, not just for himself, but also for everyone who shares his plight.

I wonder what it looks like for us to become well-acquainted with such anger. The question, really, isn’t whether you will reckon with it someday—some of you already have. Not quite in the way that Woodfox has, maybe, but many of you have already felt something like that grief, holy fire, and longing.

Rather, the question is simply this: when that anger shows up—what will you do with it?

This Sunday, Fr. Javier reflects on Jesus’ first sign at the wedding in Ca
God called the Israelites by name. What does that mean for St. Paul’s?
Steven Covey said, “The main thing is to keep the main thing the main thin