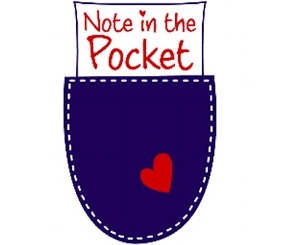 This is a super easy, super fun outreach opportunity for everyone! No need to bring anything-just yourself and your sorting abilities! We will be sorting donated clothing into sizes and seasons. All clothing goes to children in Wake County. Please read the Note in the Pocket Story included below this invitation. We will have some sitting sort jobs, some standing sort jobs, some hauling jobs, some coloring jobs…there is a job for everyone! Please email Christine Ingram (christine.ingram@stpaulscary.org) to let her know you are coming. We have openings for 70 volunteers! Please join us!

Note in the Pocket Story

In Fall 2005, a recent college graduate (we’ll call her Margaret) began what had long been her dream job—teaching kindergarten to an underserved population.  She chose to begin her teaching career in an impoverished school (free-and-reduced lunch rate that hovered around 95%), with a student population that was beset with all the common problems associated with poverty—homelessness, food insecurity, lack of appropriate clothing for school, inadequate healthcare, etc. She very quickly realized that her teacher training had not addressed the realities of teaching students who were struggling mightily outside the classroom.

Margaret shared her concerns with her mother (we’ll call her Susan), and together they decided that they would focus on providing one of the basic needs and thereby make at least a small difference, one student at a time.  It was late September, cooler weather had arrived, and Margaret had noticed that many of the children continued to wear the same short-sleeved shirts and shorts and did not seem to have sweaters or jackets. What would they do when it got really cold?  So Margaret and Susan set out to acquire a winter coat for each child in the class.  They purchased coats from store sales and thrift shops, and before the temperatures dropped to freezing, Margaret was able to send a coat home with each child in her class.  Some of the coats came back the next day, as it was not clear to the families that the coat was a gift for the child to keep.  The school’s social worker then prepared a note to explain that the coats were donations from the community and were the children’s to keep.  And so began, what eventually became Note in the Pocket.

It started as a one-family ministry providing coats for a single classroom in a single school to which they had a personal connection.  However, additional family members, then neighbors and friends, then even strangers heard about the ministry and wanted to participate.  The next year the coat donations covered all the kindergarten classes.  And the ministry kept growing, so that by the third year, all the students in the school received a coat before winter began.  The school social worker helped to organize the coats so that each child could select one; after the first year, each coat had a “note in the pocket” to confirm that the children were to keep the coats.

As often happens with matters of the heart, the mission took on a life of its own before the founders had fully realized, much less planned for, the downstream ramifications. The coat collection and organization effort continued to grow well beyond its original mission.  By word-of-mouth expansion and no active recruiting, many generous donors were bringing clothing of all types, all sizes, and all seasons to Susan’s house. As the donations grew, so too did clothing requests from the community at large (e.g., a teacher knew of a family that suffered a fire and lost everything, a hospital emergency room heard that it might be able to obtain clothing for the children’s clothing closet, a church secretary sought clothing assistance for a mother and children fleeing domestic violence).  The ministry continued to operate informally from Susan’s house until it was no longer feasible due to space limitations.

In August 2011, Dallas Bonavita saw an announcement in her church bulletin requesting coat donations for the upcoming fall.  She met with Susan, listened to the story, and began envisioning a model for continuous but controlled incoming donations and outgoing clothing packages.  Following a highly successful summer clothing drive, she recognized that the immediate need was for more space than Susan’s house could accommodate. Within a few weeks we had an offer from North Raleigh Ministries to use a former small classroom in their crisis center, from which Note in the Pocket operated until a philanthropic businessman kindly offered a larger space.  In Spring of 2012, Note in the Pocket became an official ministry under the auspices of Our Lady of Lourdes Catholic Church, which meant that donors could receive tax benefits from clothing and monetary donations.  In the meantime, we applied for our own nonprofit status, which was granted in August 2013, and Dallas was named Executive Director. We have experienced tremendous growth in every subsequent year.

Note in the Pocket now works with the Wake County Public School System (WCPSS) social workers and the case managers from 12 other agencies (including Family Promise of Wake County–formerly Wake Interfaith Hospitality Network, Salvation Army, The Carying Place, and Communities in Schools) that serve the homeless and impoverished.

In 2016, we provided clothing packages for over 3400 children throughout all twelve cities and towns in Wake County. Our future plans include increasing our community support through high quality, school appropriate clothing donations, volunteer manpower and funding to support the operation and growth of our program. We are also working toward building a clothing distribution model that can eventually be replicated in other counties in North Carolina and perhaps one day, nationally.

Being the Body of Christ is a moving from “I” to “We”, from “Me” to “Us”. Explor
This Sunday, Fr. Javier reflects on Jesus’ first sign at the wedding in Ca
God called the Israelites by name. What does that mean for St. Paul’s?